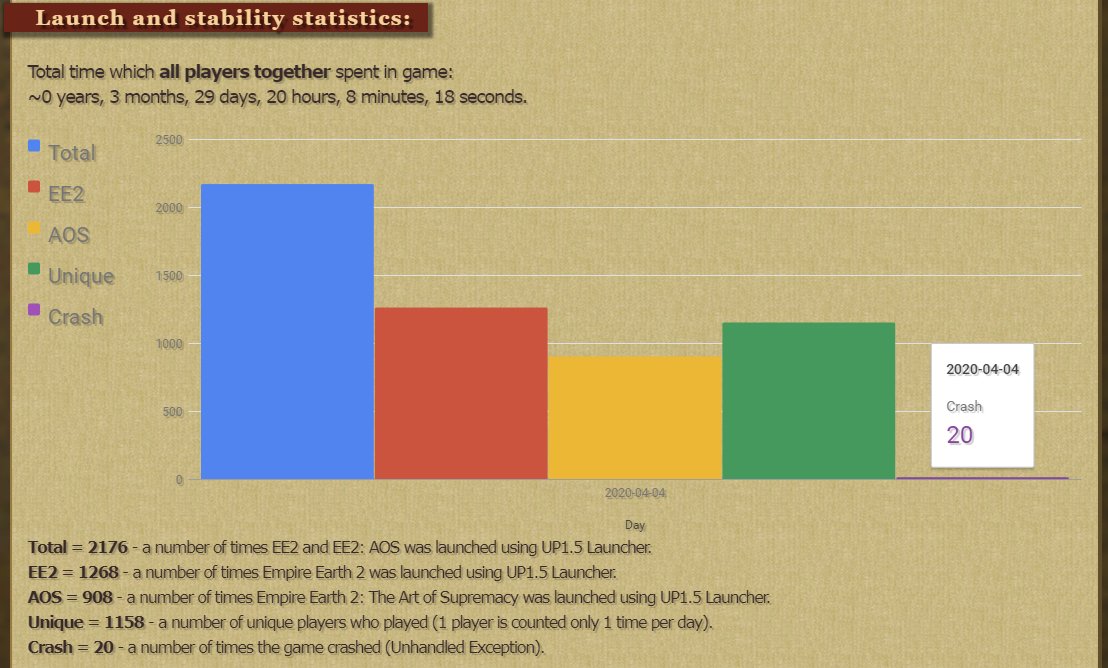 Today (21.03.2020) there were over 112 players online on the Multiplayer Lobby. Due to heavy Server load, I was forced to prepare a Lobby update to reduce the number of database queries (cache instead of individual). For that, lobby will be restarted at night or in the morning. 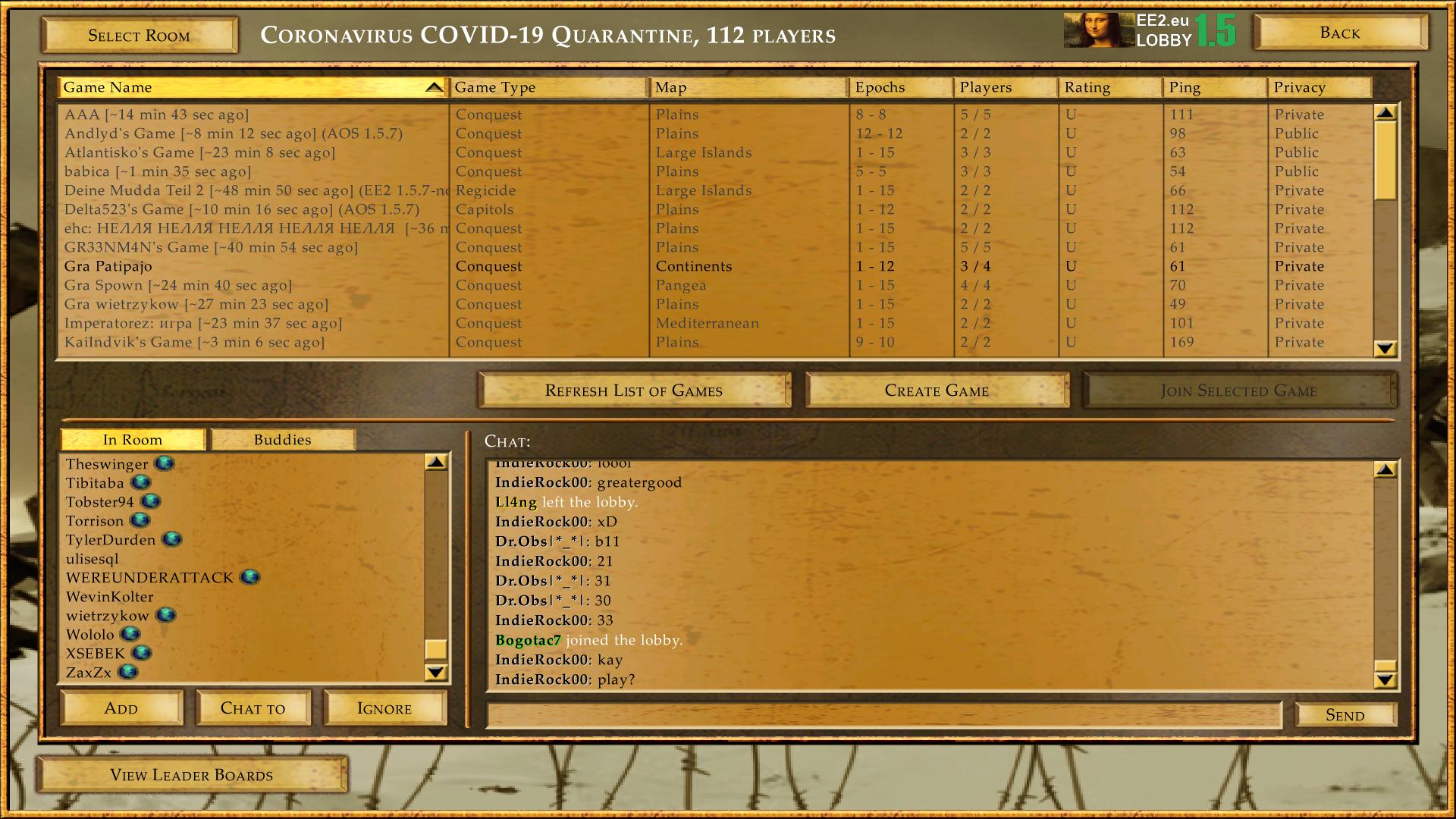 #Coronavirus made EE2.eu Multiplayer Lobby as active as never before. On 15th of March 2020 at 21:00 we had max. 75 players online at the same time. The previous best activity (before pandemic) was on 27th December 2017 with only 38 players online. 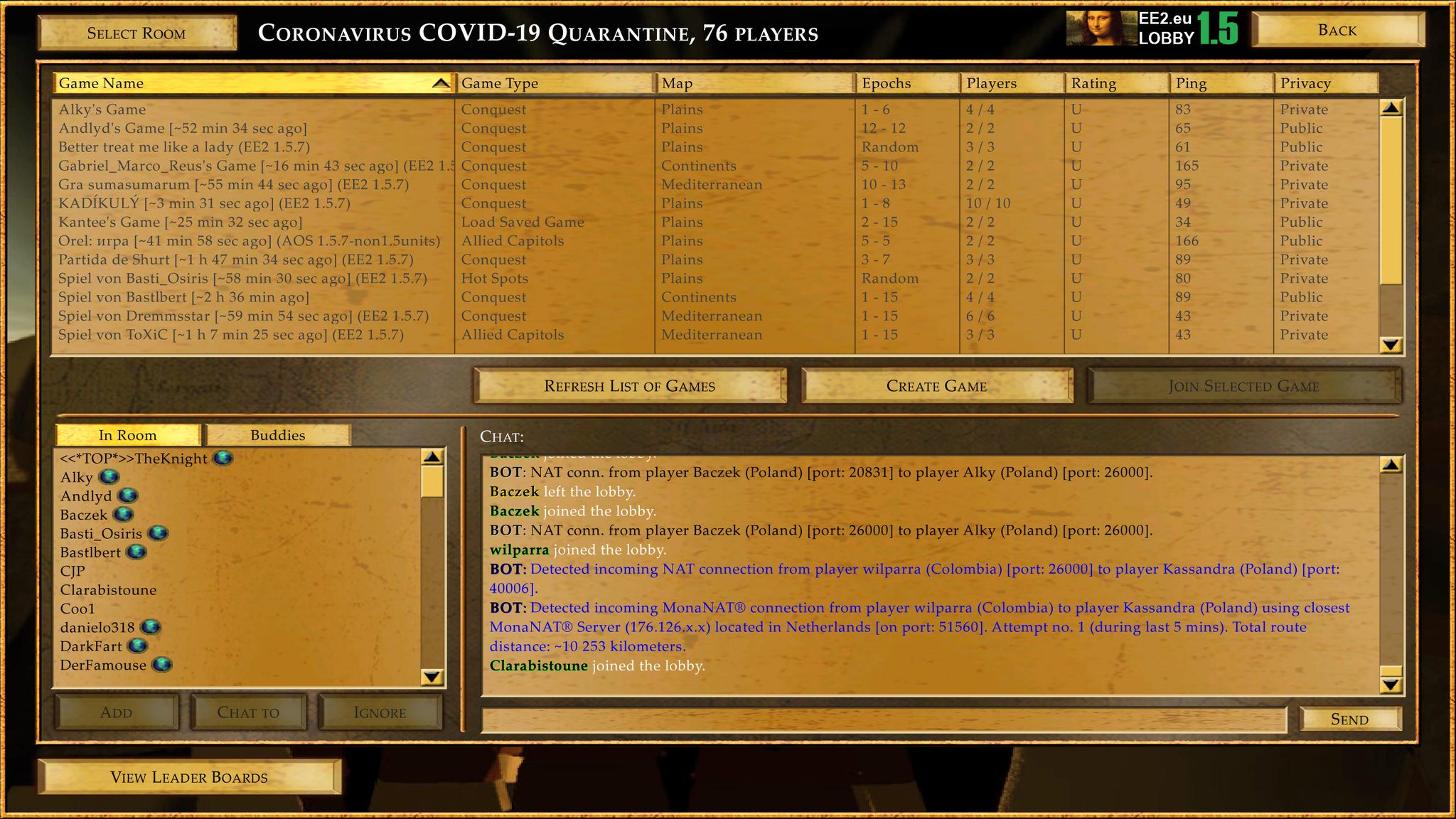 For all shit-talkers, who after so many years with Unofficial Patches for EE2 still don't trust it, and even dare to insult on the Support Chat - here is a response from Microsoft regarding the latest false-positive detections of EE2.exe and EE2X.exe in Windows Defender: 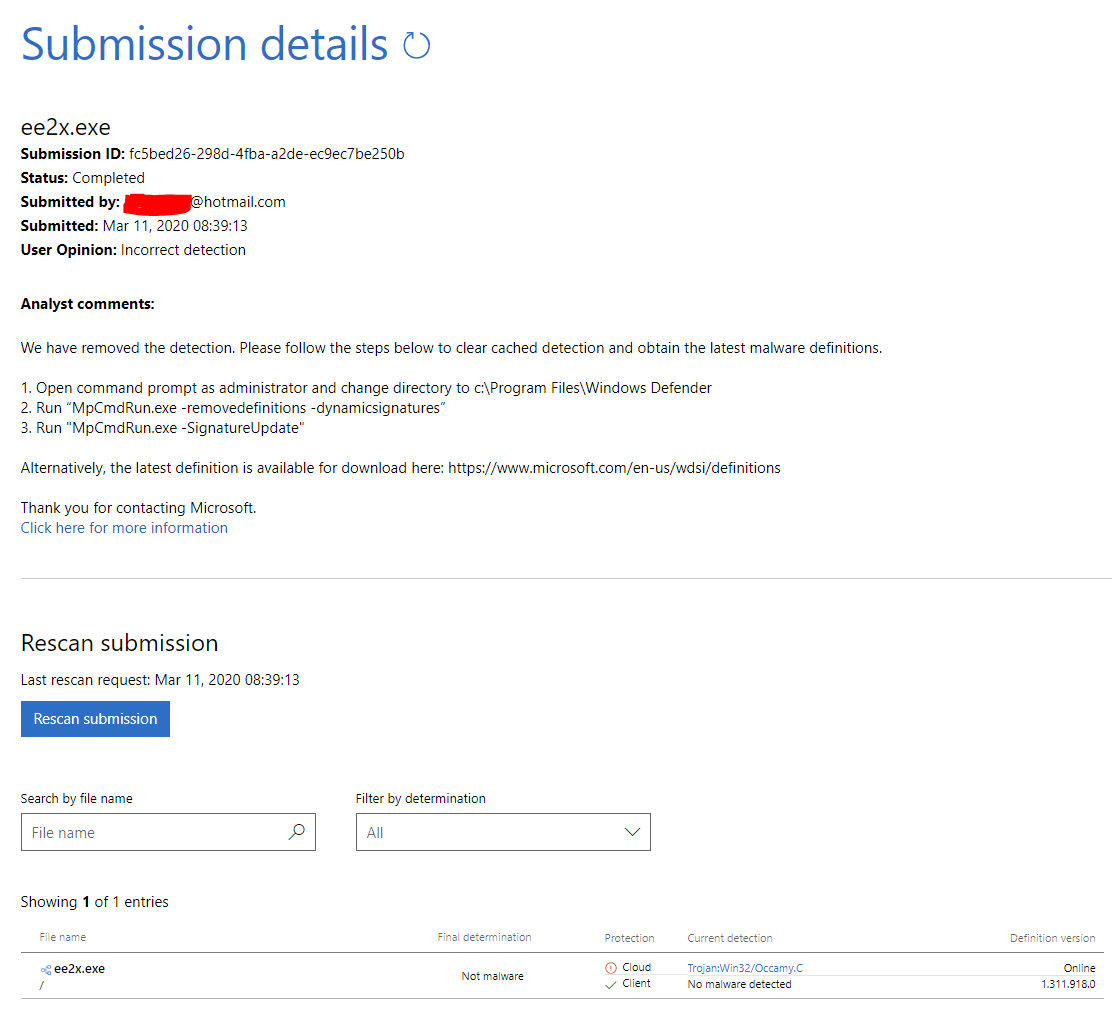 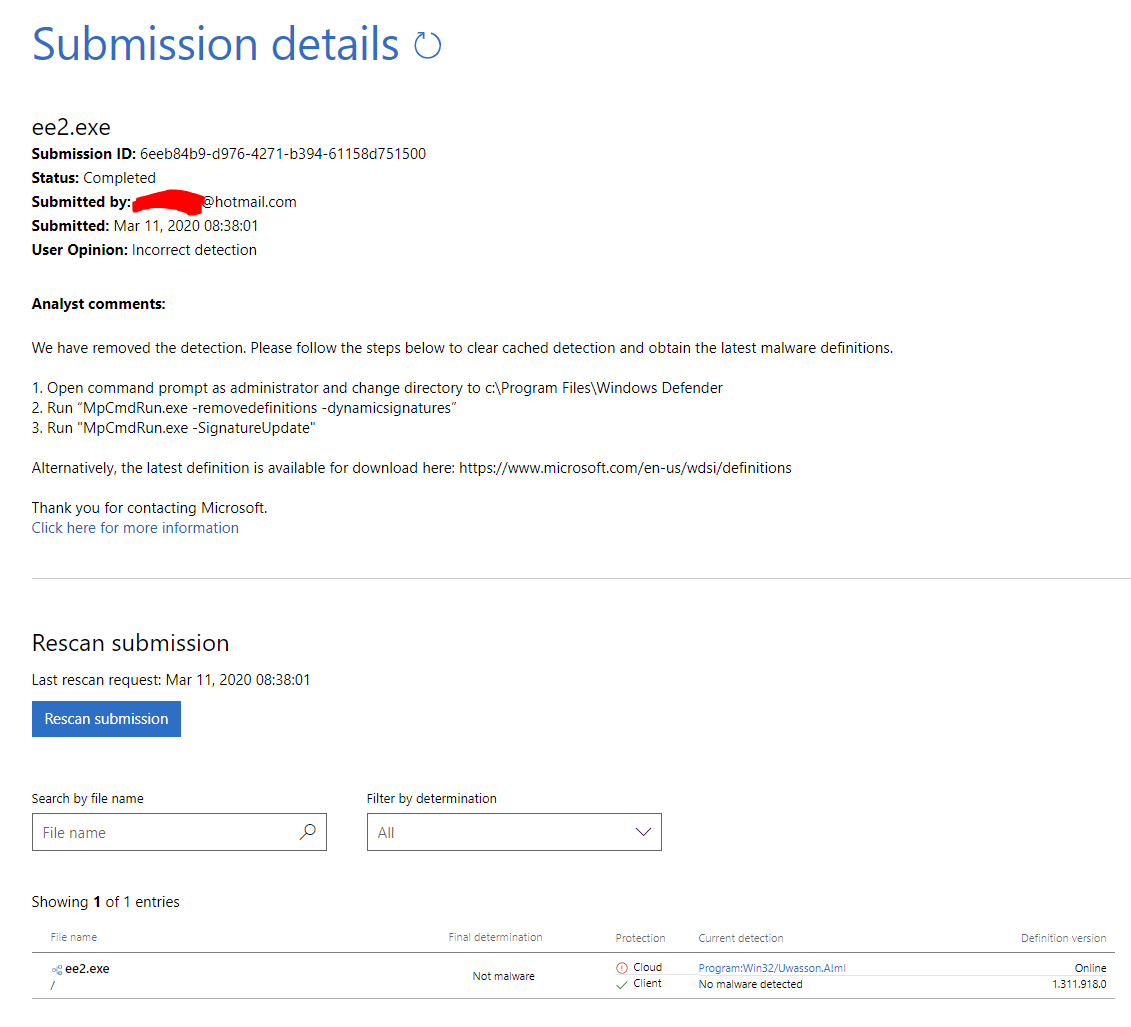 The Support Chat from UP1.5 Launcher has been integrated with a #❓-support-chat channel on Discord! This will speed up helping process, and prevent fragmentation. You can join our Discord at: https://www.ee2.eu/discord/

Behind every successful woman is Herself. Have a wonderful Women's Day! 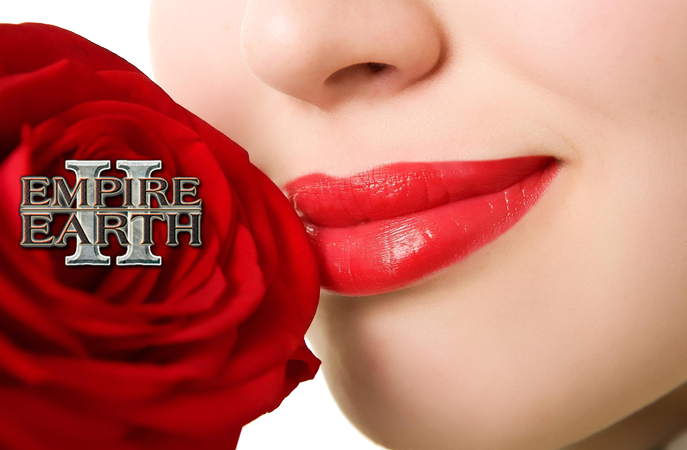 An old RTS game from 2005: Empire Earth 2 & Empire Earth 2: The Art of Supremacy with Unofficial Patch 1.5 supports the Tobii Eye Tracker devices for panning the screen when looking at the edge/corner of the screen. Learn more at: https://www.ee2.eu/blog/018-tobii-eye-tracker-in-empire-earth-2.php 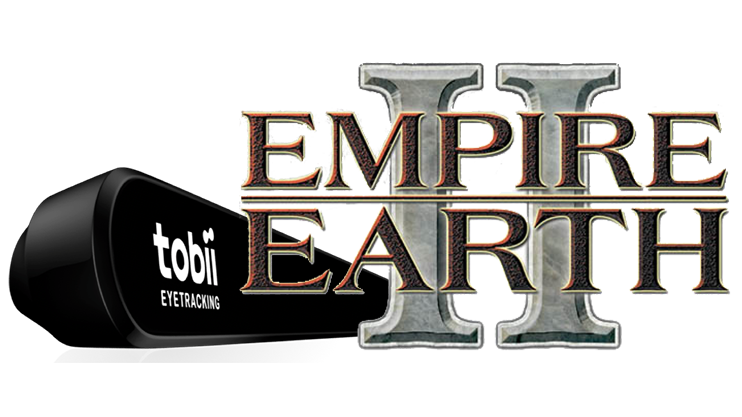 MULTIPLAYER: Jokes (or rather insults) against Chinese players with messages about the new coronavirus 2019-nCoV will be awarded with 3 months ban. No discussion, no approval of Department of Justice needed.

Wilparra Gets Super ICBMed in a Game with "No Nukes" Rule (YouTube video): https://www.youtube.com/watch?v=pzInXYDxI6Y 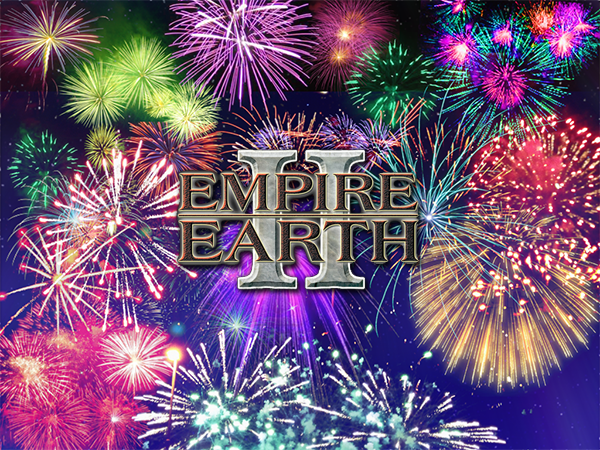 IMPORTANT: The Multiplayer Lobby Peerchat Server TCP port has been temporary replaced from the default IRC port 6667 to 28955. It's to test if random "ping timeout" disconnects still occur. The UP1.5 Launcher will automatically overwrite this port in game process on game start. 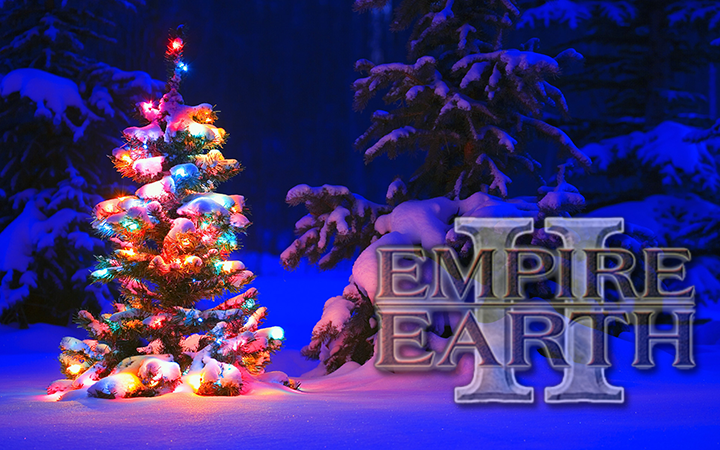 The best way to spend money on Black Friday is making a donation: https://www.ee2.eu/overview/#donate

I'm aware of the random Multiplayer Lobby disconnects that occur since 3rd of October 2019 (after the Server migration). It seems to be Ubuntu 18.04's systemd-resolve related. Today I applied a new workaround. Hopefully it will solve the problem... https://askubuntu.com/questions/1058750/new-alert-keeps-showing-up-server-returned-error-nxdomain-mitigating-potential

We managed to "collect" 50 users on the new Discord, within just 4 days! It's only 20 less than before, where we "collected" users for over 10 months! Thanks to everyone for the support and for the incredible activity during the last days.

Dear Discord users! The owner of the old EE2 Discord has kicked me out, causing integrations with EE2.eu / lobby to stop working due to lack of API/webhooks permissions. Setting it back took 6 hours of work. Please join a new Server using: https://www.ee2.eu/discord/

I don't know if it's not placebo, but for me it feels like Minor Update 157024 resolved lags in game completely (those little 0.5sec+ freezes, not the low FPS issue). Maybe increasing the maximum sound memory from <5MB to 100MB really was the key? What are your thoughts about it?

Good News! MonaNAT® Server in the USA is again online. It was down since ~20th of October 2019 due to unstable provider.
The Multiplayer Services Status can be checked at: https://www.ee2.eu/status/#multiplayerload 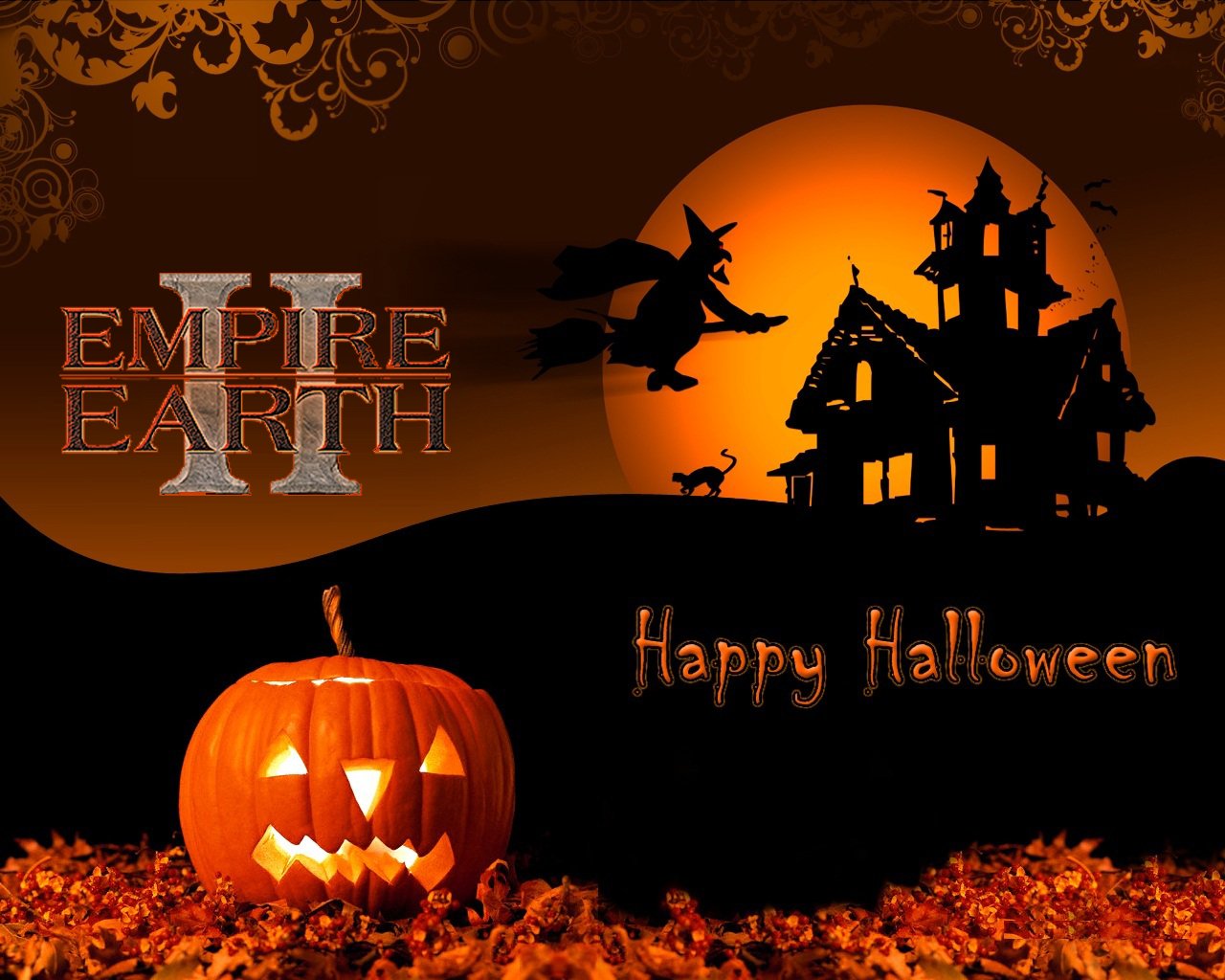 The EE2.eu Multiplayer Lobby has been integrated with a Discord channel. It allows to see the list of online players and send messages between those platforms, even from mobile devices. More information: https://forum.ee2.eu/viewtopic.php?f=58&t=5288 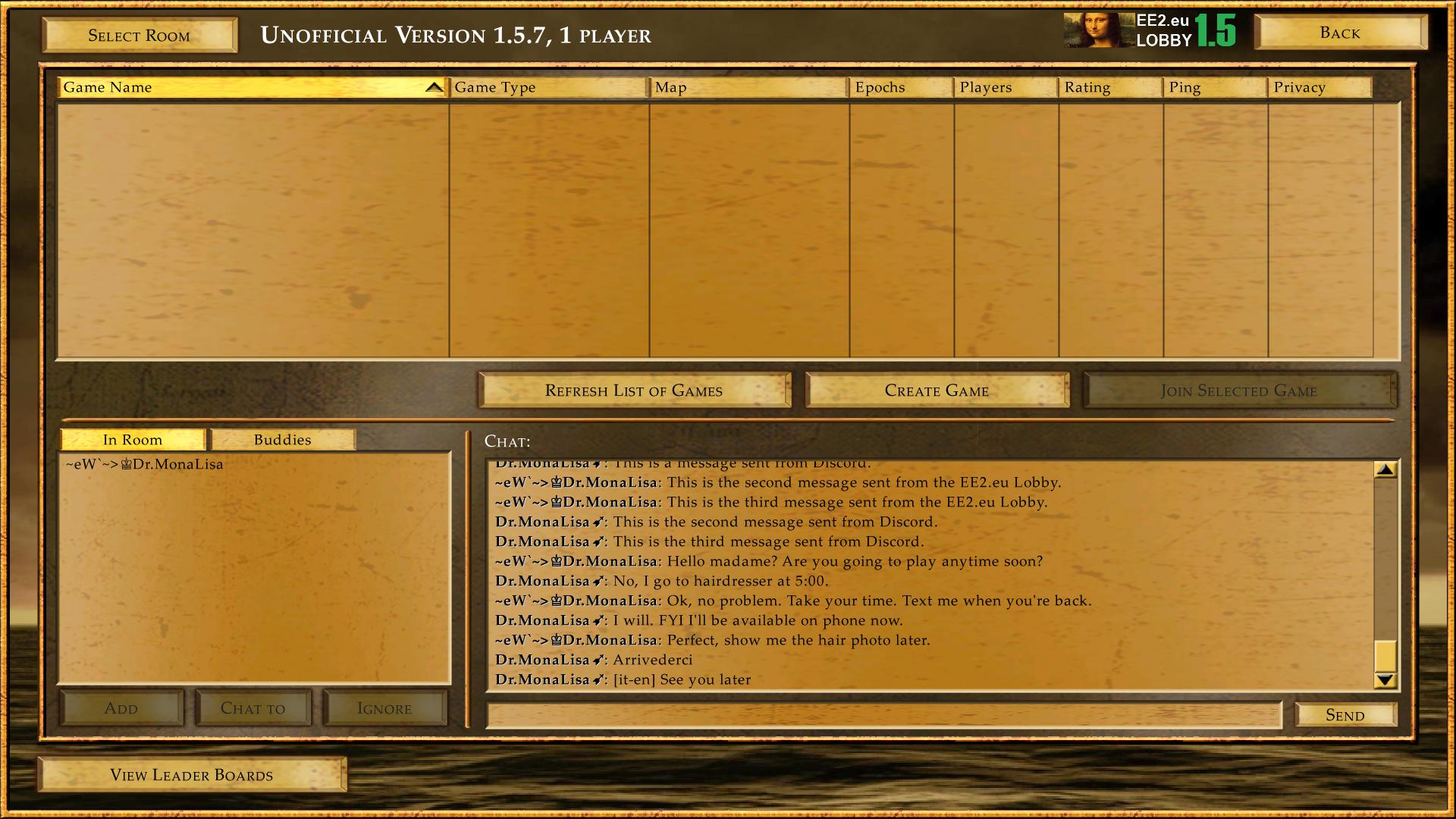 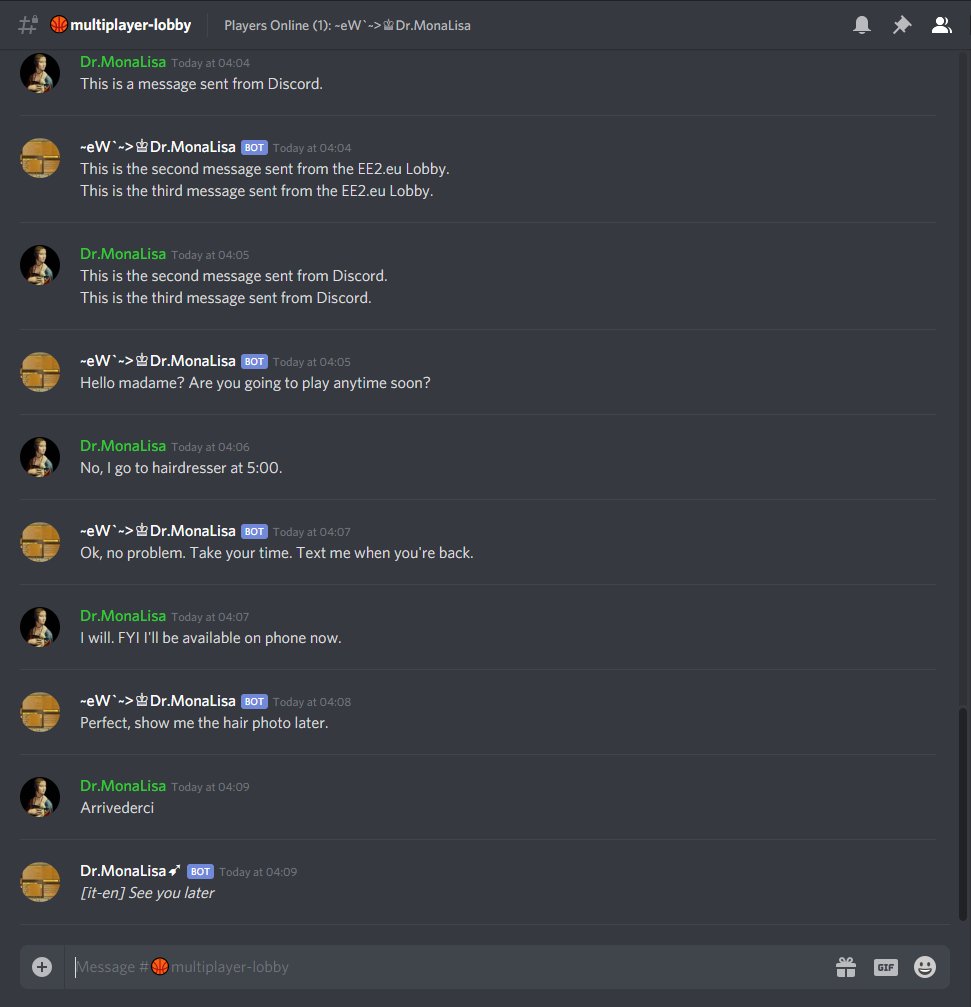 The Multiplayer Lobby Languages Translator has been improved to prevent unnecessary translation from the "exotic" languages. More information: https://forum.ee2.eu/viewtopic.php?p=25324#p25324

EE2, EE2X - Language Changer has been updated to version 1.0.3.000 to a fallback to HTTP protocol, when modern version of TLS for HTTPS is unsupported on the Operating System (for example Windows XP).
https://ee2.eu/download/languagechanger/

The "Cycle Time of Day" option has a minimal impact on the game "freeze" during time switching. The real "lag" is caused by Autosaves which are done at exactly the same time (by default every 5 minutes). It's just a coexistence of those two features that makes user think negative

All graphics settings in EE2 should be set to highest possible, except Shadow Detail (Medium), and Lighting Detail (Low). EE2 is a CPU-intensive game, and GPU usage is usually low. By using lower settings, we get an effect opposite to the intended, because CPU gets more load.

<< Previous page Next page >>
We use cookies and we monitor your activity to ensure that we give you the best experience on our website. If you continue without changing your settings, we'll assume that you are happy to receive all cookies from this website. If you would like to change your preferences you may do so by following the instructions here